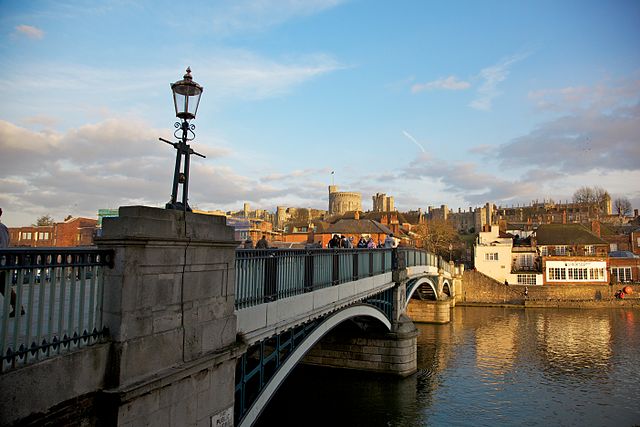 Even if you may not be flying overseas just to visit the English city of Windsor, those planning a trip to London can easily devote a whole day to explore this charming city that HRM Queen Elizabeth II considers her favourite place in the world.

Windsor is a small town in Berkshire  that lies on the south bank of the River Thames and 22 miles west of the center of London. It’s one of the most popular tourist destinations in England due to the famous Windsor Castle _ one of the official residences of the Royal Family_ and it’s a charming place to visit with its winding alleyways, cobblestone lanes and picturesque medieval look and thanks to its proximity to London it can be easily reached by train or by car and it can easily be included as a place to visit if you’re planning a trip to England. At Bonzah we love travelling and we’ve fallen in love with this beautiful city; so much so that we’ve compiled a list with the most beautiful and unmissable things to see in Windsor. Hopefully, you’ll fall in love with it too!

Almost every trip starts with a visit to Windsor Castle. This grand castle built atop a hill has served as summer residence for the British Royal Family for more than 900 years. It’s one of the most beautiful residences in Britain and the largest inhabited castle in the world. The first castle here was built in the late 1070s by William the Conqueror. Nowadays, Her Majesty The Queen spends most of her private weekends and, whenever she’s in the castle you can see the Royal Standard flying from the Round Tower.

It was rebuilt in stone by Henry II in 1170. Successive monarchs made their own marks: Edward III turned Windsor into a Gothic palace and Charles II added baroque flourishes and George IV established what’s still Windsor’s identity: a palace within a medieval castle.

Windsor Castle is grandiose and you can easily spend 3 hours exploring the different rooms that are open to the public. The free tour takes you around the castle precinct and if you purchase a ticket you can marvel at the state rooms, the semi-state rooms, Queen Mary’s dollhouse, St George’s chapel and one of the finest private art collections in the world.

Created in the 1820s by George IV, the Inner Hall was originally a welcoming area for heads of state and official guests. Reopened to the public and restored in 2019, admire the intricate Regency ceiling bosses and the stone remnants believed to be part of the buildings constructed by Henry I around 1110.

Her Majesty The Queen uses these incredibly lavish rooms or official entertaining and they are examples of some of the finest late-Georgian interiors in the country. They are exquisitely decorated with paintings and artwork from famous artists such as Rubens and many others.

The extensive lavish state apartments are still used today by the Queen of England. You’ll enter the castle through the Waterloo Chamber but perhaps it’s not as impressive as the Grand Reception Room that used to be the main ballroom of the castle. Look up to admire the gilded walls and ceilings and beautiful chandeliers.

The Grand Staircase, flanked by weapons and armour, sets the tone for the spectacular State Apartments above. A statue of Queen Victoria presides over the Grand Vestibule, where you can admire treasures and artifacts donated by or captured from the countries of the British Empire. The Waterloo Chamber celebrates the victory over Napoleon in 1815. St George’s Hall is still where The Queen holds state banquets; its soaring ceiling is covered in the painted shields of the Knights of the Garter. A succession of 10 opulent chambers, known as the King’s Rooms and the Queen’s Rooms hold royal paintings and portraits by Rembrandt, Bruegel and Van Dyck amongst others.

If you are visiting Windsor Castle with kids, Queen Mary’s Dolls’ House is an absolute must-see. It’s absolutely impossible not to admire in awe the incredibly detailed doll house built for Queen Mary in the 1920s that is a perfect replica of an aristocratic home that even has running water and electricity! Its most outstanding feature is the library that is home to 700 miniature books and the artworks on the wall that were donated by over 750 artists. Look carefully and you’ll also spot tiny Crown jewels, silver cutlery, a wine cellar and even a fleet of six cars in the garage.

Dedicated to Edward the Confessor, the small Albert Memorial Chapel was originally the place  of worship for the Order of the Garter. Following Prince Albert’s death in the early 1860s, Queen Victoria ordered the chapel to be restored as a monument to her husband and added a stunning vaulted roof decorated with Venetian mosaic pieces.

Windsor Great Park covers 4800 acres of sweeping parkland, ancient woodland, award-winning gardens and forest trails that are waiting to be explored. Encompassing The Savill Garden, Virginia Water, The Valley Gardens and the Long Walk and Deer Park, it offers plenty of experiences to discover.

If you want to feel like Royalty, you can choose a classy carriage ride that will take you through the immaculate lawns and the lush trees. Horseback riding is also an interesting option!

If you leave Windsor Castle from the south you can enjoy the Long Walk, a straight 2.65 mile path continuously flanked by rows of trees and leading into the Great Park. It used to be the private hunting ground for Windsor Castle and it’s still possible to see a large herd of semi-wild deer towards the northern end of the park. The Long Walk is, by far, the ultimate Instagram-worthy spot that will make all your IG followers green with envy. It starts on the Windsor Castle and leads in a straight line to Snow Hill, a mount topped by an equestrian statue of George III;  on a clear day you can even see some of the tallest buildings in London!

The Savill Garden is one of England’s most impressive ornamental gardens and it can be found on the edge of the Great Park. A formal garden of roses and herbaceous plants, shrubs and alpine meadows are exquisitely distributed in a beautiful setting. There are camellias, rhododendrons and magnolias as well.

Other remarkable highlights include a collection of 60 sculptures along with several quiet spots to take a moment and appreciate the surrounding floral splendour. If you’re visiting The Savill Garden with kids they will definitely enjoy the fun adventure playground there.

There’s also a garden  centre, a shop and a restaurant that all offer superb views over this peaceful garden.

Offering a mix of native, exotic and hybrid species, The Savill Gardens is a place of constant discovery and of interlocking gardens containing several distinctive areas such as The New Zealand Gardens, the Glades, Autumn Wood or The Hidden Gardens.

Included in the entrance ticket to Windsor Castle is one of the masterpieces of English Gothic architecture. St George’s Chapel was ordered by King Edward III in the XIV century and was augmented in the following century. The superb fan vaulting in the choir dates from that period as do the iron gates in the sanctuary.

The tombs of Henry VIII, Edward IV, George III, Jane Seymour, Charles I, the Queen Mother and Prince Philip Duke of Edinburgh are all buried here. It’s also the place where many Royal Weddings have taken place, including the one between Prince Harry and Meghan Markle in 2018.

Visit St George’s Chapel and admire its beautiful stained glass windows and the aisle lined with ornate stone archways and carved pews. It’s notable for its English late Perpendicular architecture, with the beautiful Choir and Nave among the most attractive features.

Located about a mile from Windsor Castle has been a royal retreat for more than three centuries and today is used by the Royal Family for private entertaining. Although it’s only open to the public a few days per year, it’s worth adding to your itinerary. If timed right, you’ll be rewarded with the rare opportunity to tour one of the lesser-known but equally sumptuous Royal retreats and home to the final resting place of Queen Victoria.

Frogmore House is surrounded by picturesque fine gardens that were created by Queen Charlotte and that are home to some interesting and rare plants and tree species. You’ve probably heard of it before as it used to be Harry and Meghan’s residence.

Be A Child Again in LEGOLAND Windsor Resort

LEGOLAND Windsor Resort is a theme park for children where any adult who has ever played with Lego bricks can easily feel a happy child again. The place is huge and it’s a great place to visit if you’re in Windsor with children and you want to combine exploring historic locations with other venues they may find funnier.

LEGOLAND won’t disappoint you. With over 55 interactive rides, building workshops, live shows, driving schools and attractions you’re bound to have a great time there.

Apart from all the fun rides, one of the highlights of the park is Miniland: a miniature park with monuments like St Paul’s Cathedral built on scale using lots and lots of bricks! Another unmissable area is Duplo Valley, especially devoted to toddlers.

Located on Windsor High Street in the town’s attractive XVII-century Guildhall, the Windsor and Royal Borough Museum invites visitors to travel back in time and learn more about the history of this beautiful town. Its different exhibitions focus on the history of Windsor and the surrounding area. Its large collection includes artifacts that from the Ice Age to the present. There are prehistoric tools, artifacts from the Bronze Age, the Roman and Saxon periods and diverse items that belong to the town’s Victorian heyday. Fans of prehistoric animals can’t miss the stunning mammoth’s tusk on exhibition!

There are also paintings, figurines, busts, military regalia and every day utensils related to Windsor and the Thames.

Catch a Glimpse of the Crooked House of Windsor

The Market Cross House, located in the historic centre of Windsor has prominent lean and it’s one of the most picturesque buildings in town. Over the years it has been home to a huge variety of businesses and it’s a must-see attraction in Windsor, especially if you have a soft spot in your heart for weird things!

Built in 1592, it started leaning noticeably in the XVIII century. 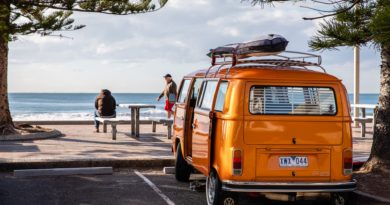 How to Prepare for an Australia Road Trip 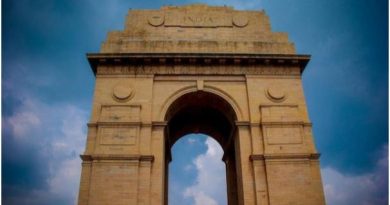 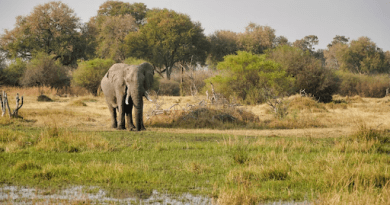 How to Choose The Best Safari Destination