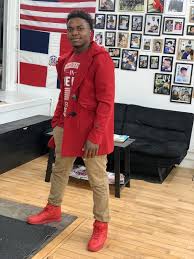 Gained independence from France in 1960, The Republic of the Congo has not been able to gain stability since the very beginning. The world refers to this country as the land of conflict and violence. Highlighting the positives of this country rarely happens, which makes the world oversee some praise-worthy facts about this Central African country. It may be the world’s most dangerous country in the world for women or home to the deadliest conflict after world war II, but it has been the birthing grounds of some notable personalities. Several Congolese people have successfully made an impact on the world, but they remain under the shadow of their country’s negative reputation across the globe.

The author of Verso la Notte Bakonga (Toward the Bakonga Night), Rometta, and Giulieo, Jadelin Mabiala Gangbo. Serge Jonas Ibaka, a well-known NBA player. Emmanuel Boundzéki Dongala, a chemist and an award-winning novelist whose work has been the recipient of a Guggenheim Fellowship. Théophile Obenga, known for his contribution to the writing of the General History of Africa and the Scientific and Cultural History of Humanity for a UNESCO program. These people from the Democratic Republic of the Congo have not only made a huge impact in their own country but also left a mark on an international platform. Similarly, other young Congolese people are making efforts to contribute to the world and change their country’s reputation on the global stage.

A rising star Wendo Mbilizi, professionally known as Wendo Musaly, is a singer, songwriter, and dancer who’s gaining attention in the music industry. The 23-year old artist created a name for himself with his first-ever collaboration song, Pourquoi?!

Life of an Emerging Musician from DRC

Wendo Mbilizi was born to Mudibu Bisengeta and Mwasimuke Mulumba on November 21, 1996, in South Kivu, DRC. He lived with his parents, three sisters, and one brother. When he was two months old, a war broke out in the country. Surviving the war became difficult for the residents. Wendo’s family fled the country when he was just a kid and relocated to Tanzania. Young Wendo spent a challenging childhood as he had to live in a Refugee Camp in Kigoma, Tanzania. To escape the harshness of the refugee camp, Wendo’s family tried to return to DRC, but the seriousness of the war made it impossible. The life at the refugee camp was much safer than it was in Congo.

At the age of 11, Wendo started a small band with his friends in Tanzania. He learned to play guitar, drum, and piano. It instilled a passion for becoming a music artist within young Wendo. It encouraged him to keep singing and writing songs. In July 2016, Wendo and his family relocated to Vermont, United States.

Despite spending a challenging lifestyle, Wendo did not give up on his love and passion for music. Moving to the US brought him the perfect opportunity. He worked on his form and tried to groom his singing and songwriting skills. In less than three years after shifting to the US, Wendo Mbilizi, his first-ever collaboration song in August 2018, Pourquoi?!, featuring Mr. Oli. The song served as a career booster for Wendo. He then took up a stage name, Wendo Musaly.

The year 2018 marked the start of his career. After the release of his debut song, Musaly began working on several other collaborative projects. He soon released Give Me That Eh featuring Mr. Oli & Q-Bo and Tú’úndané featuring Lumière. In addition to collaboration songs, he also worked on some singles, including Kiboko WE and Je T’Aime.

He released two albums including GooDLucK, and Kiboko WE, and it helped him establish a strong reputation in the music industry. On January 30, 2020, he released another EP, “Tranquility 1.” It contained five tracks, including Pourquoi, Give Me That Eh, featuring Mr. Oli & Q-Boi, Tu’undane, featuring Lumiere Mbilizi, Kiboko WE, and, Je T’aime. Musaly was making some significant contributions in pop, R&B, hip-hop, rap, and afrobeat music genres.

The young Musaly is on his way to becoming a sensation in the music industry with his unique songwriting skills. His work up till now has received an overall positive response that is an indication that the Congolese Singer and Songwriter, Wendo Musaly will soon stir hype in the music industry and help improve the reputation of his country. 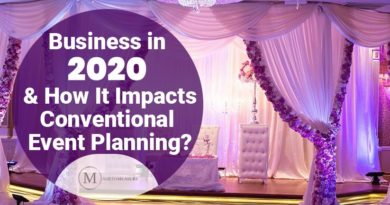 Business in 2020 and How It Impacts Conventional Event Planning? 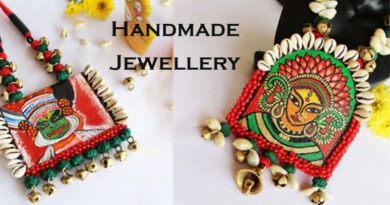 Why most of the people preferring handmade jewellery? 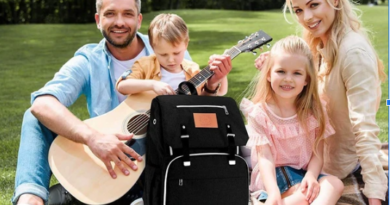 All About Baby Backpack Diaper Bags

Central Board of Secondary Education introduced the Applied Mathematics subject for the CBSE Class 12 curriculum. The aim of the

Investing In Your Online Brand In 2020

More small parcels of land for housebuilding should be on offer