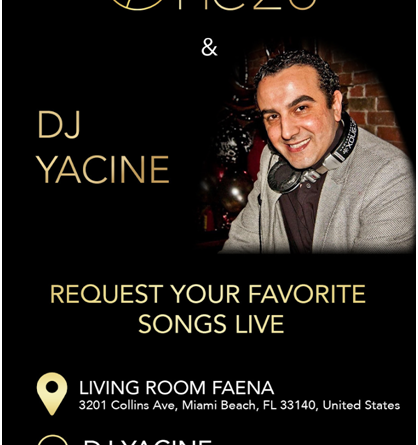 Crossing the pond and hitting Miami nightclubs in July 2022 is One28, the DJ song request app that has been killing it in Europe this summer. News of the streamlined way for clubbers to request their favorite songs while out on the town has traveled fast, and with One28’s launch at the Faena in Miami with DJ Yacine, the app has officially arrived in the United States. As One28 grows in popularity and proves that there really is a better way to submit music requests than yelling in order to be heard by the DJ, the app’s creator, CEO Adrien Crastes, lets us in on what to expect from the club scene in the coming months.

“Energy through the roof!” Adrien laughs, kicking back in his chair as he remembers the fun of the last few weeks in Europe. “What you have to understand is that while clubs usually play good music, One28 helps DJs to play great music. There’s a big difference between the two. That’s why the parties in France and Monaco have been so awesome – partygoers have been able to easily request their favorite songs, even a few days in advance of an event. That has led to an amped up atmosphere and some really memorable nights out for a lot of people.”

One28, as you have figured out, isn’t your average song request app. The clue is in the name, which refers to the scientifically proven fact that when a person hears their favorite song, their heart rate increases to 128 beats per minute, which in turn leads to heightened emotion and adrenaline.

“How many clubs have you been to where everyone is just sitting around, nursing their drinks and staring at their phones?” Adrien asks. “Then ‘that song’ comes on, the one that wakes everybody up and gets them out on the dance floor. The right music starts the real party, and that’s what One28 is doing: getting the night going.”

Adrien’s innovation relies on two apps that facilitate easy communication between the song requestor and the DJ: the One28 User App and the One28 DJ App. Users are able to submit their song requests to the DJ, who then plays (or declines) them. If a song isn’t played, the requestor can always request a different song or perhaps increase their bid in hopes that the DJ will play the original request.

“It’s that simple,” Adrien says. “It’s having a big impact because of three reasons: first, it no longer matters how dark or loud the party may be – you can always get your song request to the DJ.  Second, you can submit the request basically from anywhere so long as you have your phone with you. Third, you can enjoy the party a whole lot more because you’ll be listening to the right music.”

The One28 app first debuted at the MK Club in Monaco with DJ Chris S before it rapidly spread across Southern Europe. According to Adrien, part of the reason was that the DJ community is small enough that everyone basically knows everyone else. “Once one DJ liked it, that was it – One28 started popping up in clubs everywhere,” he says.

Adrien says the same chain reaction is already happening here in the States. “DJ Yacine loved using the One28 app at the Faena and again at the Bagatelle the weekend of July 23,” he reveals. “By focusing on the DJ/audience relationship, it is clearing the way for the best songs to be requested, and that is going to transform the party scene in America.”

One28 offers the possibility for partygoers to hear the song that can take their heart rates up to 128bpm. DJs can accept or decline tipped, audience-fed song requests in the most optimal manner both for the DJ and the partygoer. The DJ ultimately keeps full control, and if they deny a song, they can leave a comment to the partygoer explaining why.

One28 began offering its app to DJs this summer, and it is now transforming the club scene in Europe and the United States. 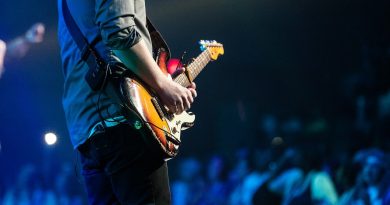 The Most Important Strategies for Choosing a Music Instrument Blog Site 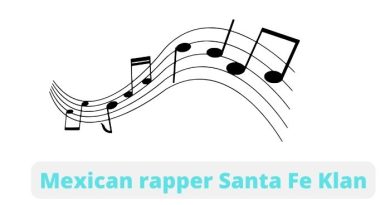 The Mexican rapper Santa Fe Klan presents “Mundo”, his most personal album, with unique content for his fans 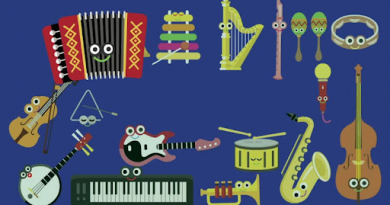