ADME is simply described as that essential part of pharmacokinetics which is required for early stages of drug discovery and development. It stands as an abbreviation for Absorption, Distribution, Metabolism, and Excretion related to the drug sample introduced in an organism’s body for testing purposes.

Hence ADME studies are aimed at finding any loopholes in the efficacy of the drug in question when introduced in an organism.

The Absorption Process Of A Drug

The absorption rate of the compound introduced is the primary determinant in the drug discovery process. Most medicines are ingested, which is then broken down in the stomach and then absorbed through the intestinal linings. This process further depends on several parameters like intestinal transmit time, ability/inability to pass through the stomach lining, the solubility of the compound, among others.

These factors are crucial to deciding whether or not a compound needs to be directly introduced into the bloodstream either by inhalation or the less popular intravenous introduction. This stage of ADME assays determines the bioavailability of the compound in the organism’s body.

Distribution Stage Of The Compound

Once the compound enters the subject’s body, it is carried to different muscles and organs by the bloodstream. The distribution or channelization of the compound from one medium to another and finally to the target region is what this process is concerned with.

The determining factors at this stage of the ADME pharmacokinetics process are the capability to bind to proteins, complex formation, blood flow rate based on specific regions in the body and the size of the molecule.

Metabolism Of The Drug

This is one of the most important factors of ADME studies. Without the proper metabolism of the compound, the entire venture could only lead to failure. The initial drug introduced starts breaking down into small molecules after it enters the body and finally turns into metabolites. Certain enzymes can help simplify the process, especially Cytochrome P450.

The pharmacological inactivation of the metabolites may cause the effect of the said drug to lessen in the body. This is why this stage is extremely crucial to the entire ADME pharmacokinetics study.

ADME is a crucial part of pharmacokinetics because it helps with target validation, early discovery of drugs, and research programs which constitutes the fundamentals of drug discovery.

Pharmacokinetics, with its complicated approach in small molecules, has ADME assays to have concrete evidence of the bioavailability of the drug in the body and to determine the efficacy of the drug.

This acts as an essential part of the entire complicated process of drug discovery and development as it is these necessary yet specific steps that conclude whether or not a compound is safe and efficient to be used in a particular drug.

The Guide to Winning Football Bets 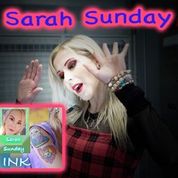 Sarah Sunday – A Talented Artist in the Music world

5 Tips for Designing a Vehicle Wrap

Vehicle wraps are the cornerstone of graphic designers worldwide. They are also one of the most challenging obstacles the designer

Signs You Need a Root Canal