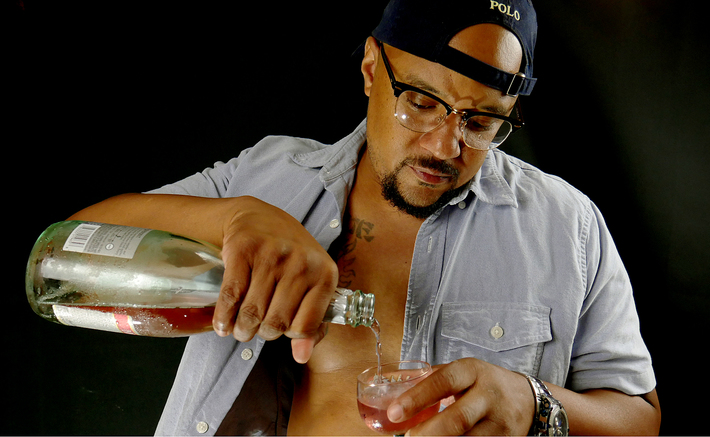 Tell us about where your from?
I hate this question. Its complicated. I was a Military Kid and as an adult to date I’ve never lived anywhere over 6 years. My family is from Baltimore
in which I’ve spent a lot of my adult years. I was born in Jersey City, New Jersey In which I’ve spent some significant years there also. I’m from Baltimore technically but I went to high school and college in Kansas. That was my fathers last duty station so I’m somewhat from there as well. I spent 5 years in South Florida in which I founded this company and built the foundation of O.M.G Entertainment, inc. I’m from the earth. I even lived in Germany 4 years. Lucky me!

How long have you been doing what you’re doing and how did you get started in the first place?
I’ve been doing this in some form or other over 20 years now. I could claim longer however it doesn’t matter since we cant look it up on the internet.
I got started when I was living in Fort Myers in 2012. There I was a bodybuilder and fitness trainer. Due to the rigorous nature of the sport I was injured and found myself in a deep depression due to spinal issues. Through my depressive state sitting around I came up with the business plan as to how I could start and run my label. This goes back much further, say 10 years prior when I was a bodybuilder I wanted to post my content to the internet and build on it to create  value. As the technology
evolved so did my idea of digital music publishing.

Who were the first influences on your music and style?
Most of the late 70’s and early 80’s classics. Lots of Tom Tom club, Yarborogh and Peoples, Grandmaster flash and the furious five, Roger Trautman and Zapp etc.
I say these because the question is FIRST influences.  As a young child of say six and seven years old these were the songs and groups that stayed on repeat in our house. Shalamar, The Manhattans, The Ojays. I was exposed to great music at an early age. These were my influences so my music and style is always about change ups and drags an different timings and such.

In your opinion who is the most influential and successful artist in your genre today and why?
Today? Jay Z of course. He has four decades of traceable music footprint. We can talk about his musical accomplishments without once bringing up the business side. Four decades! That’s successful even for a rock star or a traditional pop artist. This should not be debatable. But hey, everything is now even 100 being greater than 1.

What aspect of the music making process excites you most, and what aspect discourages you the most?
New Ideas and New production. Every single time I hear something new, write something new, or jot down and concept. This is the most exciting part of the process to me.
The most discouraging is the marketing side and the politics of press coverage. Such a joke and full of one sided moving goal posts. However I manage to be heard and seen my way and when I want to so I am not discouraged. Its just discouraging overall. I generally don’t pay attention to what I cannot control or Buy.

In your experience thus far, what is the best piece of advice in this business you actually followed?
There were two big ones that stuck with me the most. Put out music and collect. Always put out music. Don’t let logos and brands control
MY Logo and Brand.. That one might fly over heads but these were the most prolific and I got this early on.

And one you didn’t follow, but now know for sure that you should have?
There isn’t any advice that I don’t follow that I should have because my due diligence exists within my ability to scrutinize what I see, hear,
touch, and feel. If you’re telling me.. I’ll look into it.

Which ingredient do you think is most essential in making your sound and style the way it is?
The words. My Words are the foundation of the whole thing I do. The Style ingredient comes from
my memory of the late 80’s hanging out with real live hustlers and bullies.
Put these two together and you have the making of Kilo M.O.E music.
Its all about that Mike Tyson rocking a Dapper Dan In Harlem with Fat Cat and Pappy Mason
Vibe. Its that Iroc Z behind the Benz 190 kitted Slick talk.

What single are you currently pushing and what will you be dropping next?
I’m pushing a Single with a Old friend and sidekick Fatcatogc called King Money.
Which is available now on all platforms and can be heard spinning in LA on 982thebeatLA
getting pushed with Dj King Assassin and Dj GreenGuy. Also I’m dropping An album in March but I haven’t solidified the specific date but definitely in March. The album, a full length studio album will be called FLY G’z and Palm Treez.
About 11 tracks all heat. This time I put a lot of stories in there about my adventures down South Florida.

What is the biggest difference in the game from 1990’s music compared to today?
The Biggest difference is how we obtain our information and at the rate in which we get it.
In the 90’s if someone went to jail and the national news didn’t cover it we’d not hear that sometimes for nine months or more.
Now you hear it before the National news gets it. That’s THE SINGLE LARGEST DIFFERENCE. All else is dealt with and changed accordingly.

Where can fans stay up to date with your movement?
My website of course. www.kilomoemusic.com 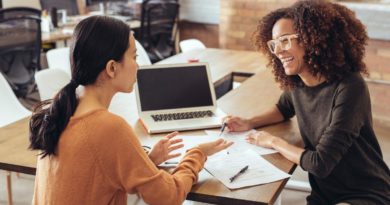 How to Recover Apple ID If you Forgot It

December 18, 2019 alexathomson Comments Off on How to Recover Apple ID If you Forgot It

June 4, 2020 Azeem MDS Comments Off on Some Tips That Can Help You To Extend Your Business Reach On Instagram

The social platform Instagram provides many different options that can help you to connect your business with new potential customers.

What’s Showy About The Show-Me State? A Lot!

June 4, 2020 Simon Hopes Comments Off on What’s Showy About The Show-Me State? A Lot!
GENERAL HEALTH

June 4, 2020 jessicawalker Comments Off on 10 Things to Keep In Mind If You Are Considering A Hair Transplant
GENERAL

How many kind of Replacements often occur during Generator Repair

June 4, 2020 fastbizsolutions Comments Off on How many kind of Replacements often occur during Generator Repair