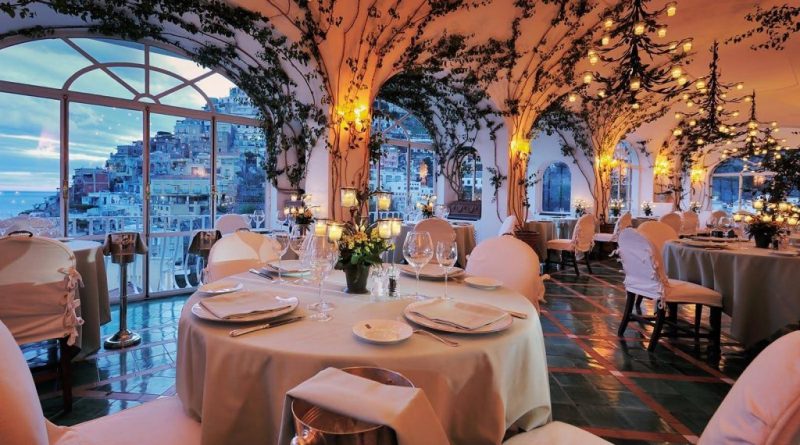 There are a few things no one wants to miss out on. Dining out is one of them. Be it anniversaries, birthdays or just a lazy evening, dining out is always fun. It’s not just about eating; it’s about the fun, the absolute craziness of company and the sheer pleasantry of the aura. One place that has it all is Europe. Europe is filled with so many things, history, charm, romance that it’s challenging to figure out what to pick and what to drop. Imagine taking a bite of your favourite dish or something that’s about to become your favourite while looking at the beautiful sunset from a rooftop. Let’s make it more romantic for you; what if the restaurant is an in-house restaurant in a beautiful castle? Well, that’s something you aren’t going to want to miss, right? From street-side dinner to eating at marvellous Castles, Europe has it all.

Let’s dive into the list of the top 7 most romantic restaurants in Europe with the help of this list.

Rome is heaven. And we do not say this metaphorically, but the city definitely wasn’t built in one day, and it shows. From ancient architecture to everything you have ever imagined, Rome is an experience. When you visit Rome, the Colosseum is a necessity, and what if there’s a possibility of you eating and looking at the Colosseum both at the same time? Yes, there is. With Ristorante Aroma, as they say, the dream becomes a reality. Restaurant Aroma stands right across from the Colosseum at Palazzo Manfredi. The 28-seat outdoor terrace is the perfect spot for a friendly romantic dine out and is one of the best restaurants in Europe. Clearly, Ristorante Aroma is a must-visit.

France defines love. Not just restaurants, it is also home to some of the best French Chateaus built with stories of love. How can one forget France while discussing the best European restaurants for couples? And we certainly know that you do not want to miss the Eiffel Tower, so what if we told you that you could dine in a place where the Eiffel Tower would be more than clearly visible? This is why you should visit a restaurant located on the rooftop of Musée du Quai Branly, called Les Ombres or “the Shadows”. The view from this restaurant is unexplainable. With such a beautiful ambience and the Eiffel tower itself, there is no way you should miss out on this restaurant if you happen to visit France.

Prague is the largest city in the Czech Republic and is majorly associated with beautiful landscapes, castles and architecture. The aura of this restaurant does justice with its name since the restaurant is actually a floating one. Yes, the restaurant is established on the Vltava River, the longest river in the Czech Republic, thereby making it the most romantic experience you’re going to have in Prague. Not just the landscape, but the restaurant has an open kitchen wherein you can spend some time looking at the beautiful dishes being prepared by some of the most experienced chefs in the world.

Some people enjoy a romantic dinner under the stars while others are more attracted to beaches and riversides. This restaurant grants both wishes. It is located near the fortresses of Lovrijenac and Bokar, facing the marvellous Adriatic Sea, wherein you can sit under the stars admiring the place as well as enjoy the sea. Not only this, but the Nautika Restaurant was recognized as the sixth most romantic restaurant in the world by Condé Nast Traveller magazine 2008 edition.

We’re sure you did not expect a castle on the list. Still, we are obligated to include it when the palace is listed as the best 5-star restaurant and the only restaurant in Forbes magazine. Ashford Castle is a Victorian-era structure built in the medieval age, now converted into a 5-star luxury hotel near Cong in Ireland. It is one of the most famous castle restaurants amongst celebrities. From Brad Pitt to Jack Nicholson, each of these actors have had a fantastic stay as well as a beautiful dinner there. The palace’s luxurious 5-star hotel is a must-visit if you’re looking for an actual royal romantic dinner in Europe.

One of the embellishments of the eighth floor of Radisson Blu in Reykjavik, Grillið restaurant, does not disappoint. The specificity of this particular restaurant is that it has extensive windows and offers a panoramic view of the city of Iceland. When you’re in this restaurant, you won’t feel as if you’re in the city of Iceland. This restaurant offers a more comprehensive, more different view of the city combined with the utter romanticism that it has to offer. This restaurant’s menu is a whole lot other than what’s available in mainstream Iceland.

Yet another castle turned into a 5-star luxury hotel in Ireland. Dromoland Castle is a combination of royalty, luxury, and modernism. The estate is owned by a consortium of investors who have converted the luxurious palace into a more accessible place that can be romantically enjoyed with your partner on a serene evening. The east side of the castle faces mountains and has extensive walled gardens, making it a more romantic place to spend your evening. Many movies have also been shot there, describing its uniquity and charm.

When the country is so pretty, what restaurant won’t be pretty enough to give you a great romantic experience? Though we did not cover a lot of restaurants in London, Scotland and many more, we did try to list out a few that are worth the experience and hands down, Europe has one of the most romantic restaurants ever. There isn’t a shadow of a doubt that inspiring surroundings make the best dinner, and we believe these marvellous surroundings are going to make your dinner super romantic as well as cosy.

Kids Activity Centers in Essex are Redefining Fun and Entertainment

What Is an Air Ambulance and What Does It Do?