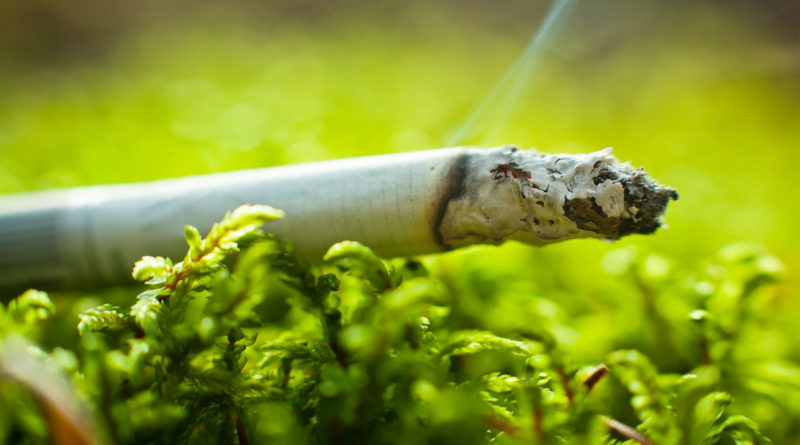 By releasing toxic air pollutants in the atmosphere smoking causes environmental pollution. Cigarette butts create waste. The toxic chemical from butts penetrates into soils and waterways causing water and soil pollution. This also affects animals and plants since they absorb harmful chemicals from water and soil. Pollution is not caused only by cigarettes themselves but a waste released during its entire production process.

When people hear about cigarettes they often think only about health risks. Many fail to look at another side of this topic, which pertains to how it affects the environment. Take a look at how cigarette use and production affect both the environment and human health.

Clinical studies and surveys have proven that cigarette use causes several health risks. Below are the health conditions linked to regular cigarette smoking.

Smoking cigarettes inhibits the body’s immune system. It makes you more vulnerable to infections and diseases. Cigarette use increases your risk of numerous autoimmune diseases like rheumatoid arthritis and Cron’s disease.

Cigarette use is the leading cause of premature deaths worldwide. The smoke that a person inhales contains many chemicals and carcinogens. It increases the risk of developing lung, throat and larynx cancer. Smoking is also linked to the development of bladder, pancreas, kidney and uterus cancer.

It is obvious that smoking cigarettes affect lung health. Along with lung cancer, cigarette use increases the risk of developing an obstructive pulmonary disease, emphysema, dyspnea, and chronic bronchitis.

Smoking has a strong impact on our heart health. It narrows blood vessels and worsens blood circulation to the heart, brain, and other critical organs. Cigarette use also increases the likelihood of blood clotting in the lower part of the body. Altogether, smoking makes people more vulnerable to heart attacks and strokes.

Smoking is associated with many diseases including respiratory, cancer, and vascular. For this reason, cigarettes use is a leading cause of premature deaths. According to WHO, cigarettes are responsible for more than 5 million deaths each year.

The main ingredient in the production process of cigarettes is tobacco. Most of them grow in rainforest areas. This contributes to deforestation in the areas of tobacco growth since previously they were covered by very dense forest.

An hour of cigarette production requires 4 miles of paper for rolling and packaging. This is one tree for every 300 cigarettes. In addition, cigarette companies have to burn tones of wood to dry the tobacco leaves.

The production and transporting of tobacco require the use of big amounts of chemicals and different toxic materials. The production process generates a lot of waste like pesticides and fertilizers. One of these chemicals is Aldicarb. It is highly toxic for all living creatures. Aldicarb may poison waterways and soil for several years.

The manufacturing process and smoking itself pollute the air and atmosphere. The machines on the tobacco farms emit greenhouse gases from the fuel, combusted to produce energy. Noxious chemicals are released in the atmosphere from wood-burning fires or special furnaces. The shipping and transportation for the manufacturing process also left their footprint from greenhouse gas emissions.

In the cultivation of tobacco manufactures use pesticides, fertilizers, and other chemicals. These chemicals pollute soils and eventually hamper their fertility.  It makes the lands unsuitable for supporting any other crop.

Ingredients that are present in the cigarette butts are not biodegradable and they break down for many years. The filters are made of cellulose acetate, sourced from plastic. Cellulose acetate is photodegradable but it still takes a lot of time for it to be broken down. The filter decay products remain in the soil for up to 10 years. As long as they are present in the soil, the soil is considered polluted. 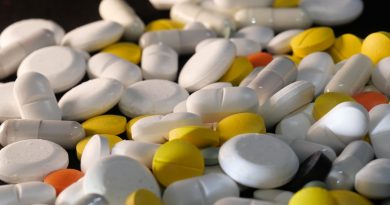 Most Important Factors to Consider While Purchasing the Best HGH Supplements

How to Get Immediate Relief from Acupuncture?