Illustrated through differences in approaches to Advent of Code puzzles

an Advent calendar of small programming puzzles for a variety of skill sets and skill levels that can be solved in any programming language you like. People use them as interview prep, company training, university coursework, practice problems, a speed contest, or to challenge each other.

In this article, we’ll take a look at five approaches to tackle common coding problems in a senior way instead of a junior one. Each coding problem is derived from an AoC puzzle, with many problems recurring multiple times throughout AoC and other coding challenges and assessments you might encounter e.g. in job interviews.

To illustrate the concepts I won’t go into the solution of the full AoC puzzles, but rather only focus on a small part of a specific puzzle in which senior developers are easily distinguishable from juniors.

Senior developer approach: make use of list comprehensions and

Using list comprehensions we can fit the nine previous lines into one, without losing significant understandability or readability, and while gaining in performance (list comprehensions are faster than regular loops). For those that haven’t seen map before, map maps a function (the first argument) to an iterable in the second argument. In this specific situation, it applies int() to every value in the list, making every item an integer. For more info about map click here.

Of course, in this example, the naive approach isn’t that terrible but using Enum results in shorter and more readable code. Especially when more options are possible the naive if-elif-else approach will get worse and worse, while with Enum it stays relatively easy to keep an overview. For more on Enum click here.

Senior developer approach: using a string as a lookup table

Using the .index() method of a string we get the index, hence letters.index(‘c’)+1 will result in the expected value of 3. There is no need to store the values in a dictionary because the index is the value. To prevent the +1 you could simply add a whitespace character at the beginning of the string so that the index of a starts on 1. However, this depends on whether you’d like to return a value of 0 for a whitespace or an error.

As you might have thought by now, yes, we could also solve the rock, paper scissors task using a lookup table:

Junior developer approach: double for loop with range and indices 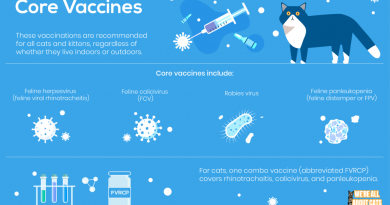