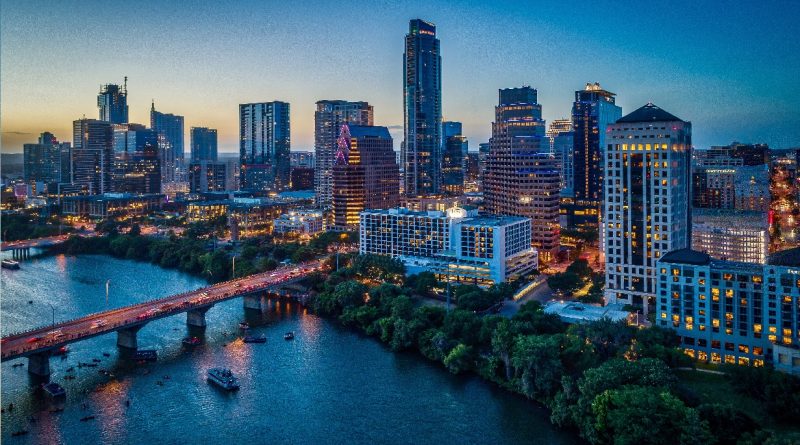 More people are interested in Texas now than ever before. Given the state’s robust employment market, affordable cost of living, and thriving economy, it’s no surprise that the Lone Star State has one of the nation’s fastest-growing populations.

Texas is now becoming home to larger companies and establishments, thanks to the absence of corporate income taxes. So, with this privilege comes no personal income tax for employees, too. This means working long hours results in larger take-home pay.

If this sounds good to you and you’re thinking about moving to Texas, seek assistance from trusted real estate companies, like Four 19 Properties and others like it. Or, if you want to find the best place in Texas by yourself, take a look at the list of the finest locations below:

The city of Austin is located in the center of Texas, and it’s considered the state capital of Texas. Social and political events often take place here, giving people a front-row seat to the state’s direction.

The city of Austin is typically at the top of any list of desirable places to live for new college graduates or remote workers. The city also has a reputation as the world’s live music capital. Hence, the city’s inhabitants take advantage of every opportunity to celebrate music.

Austin also boasts a vibrant nightlife that appeals to people of different age groups. Its nightlife is so diverse that it provides many reasons to stay out late. Countless newcomers are being drawn to the city because of its many appealing characteristics.

Houston, the country’s 4th biggest city, is also among the finest locations to settle in the state. The city is also home to diverse cultures. Thus, Houston has a unique culinary landscape that foodies can enjoy––there are many restaurants in Houston where you may sample cuisines from all over the world.

Houston’s museum area is another major attraction. This neighborhood embodies Houstonian culture and serves as the city’s treasure. This nine-mile area, which includes 19 museums and a zoo, highlights a diverse variety of art and creative styles. It’s a popular tourist  destination and a significant part of the local economy in Houston.

However, the city’s density is one thing to keep in mind. Even if Houston’s walking and cycling situation is improving, you’ll still need a vehicle to get about. While the city is well-known for its sprawl, public transit is still limited. But the government continues to improve on this aspect.

Plano is a suburb of Dallas that’s a part of the greater Dallas-Fort Worth area. Whereas Dallas has a larger population of young professionals, Plano is a popular destination for families looking to escape the city.

Plano’s employment market is still expanding, and many possibilities are just around the corner as well. Plano is also Texas’ greenest and richest county. Plano also stands out from the crowd because of its first-rate park system.

Dallas is the heart of the Dallas-Fort Worth Metroplex, which is made up of 13 distinct counties. Many people consider Dallas to be Texas’ financial center. It’s also home to one of the country’s major airports.

Job possibilities abound in this business-friendly metropolis. Both technology and finance are big in Dallas. Also, the employment market is very competitive, even though there are plenty of openings.

Dallas may be a smaller city, but it’s just as diverse as Houston. Both cities have a diverse restaurant scene that appeals to foodies of all tastes. The Texas State Fair, which is held in Dallas each year, features a wide variety of cuisines throughout the state.

The major distinctions between Dallas and Houston are seen in the jobs residents usually get employed in. Houston offers more job possibilities if you have a background in oil and gas. Meanwhile, Dallas is a great city to live in if you desire a job in banking and financial services.

San Antonio has a laid-back vibe and is a Texas cultural center. Texans have always been renowned for their friendliness, but San Antonians go above and beyond. San Antonio has a strong sense of community. The residents are proud of the small-town atmosphere they’ve managed to maintain amid the city’s bustle.

In comparison to other major Texas cities, San Antonio’s living costs are cheaper. Despite a weak job market, employment continues to grow, helping fuel the rapid population expansion. If you’ve served in the military, there are almost certainly many job possibilities available here.

The top locations to settle in Texas cater to a wide range of interests and lifestyles, so there’s room for everyone. Read more about the cities on the list. Then, pick the best area based on your preferences, such as culture or friendliness toward families.

Carpet Rug Cleaning Through a Professional

How to Get the Most Out of Your Car Insurance Deductible