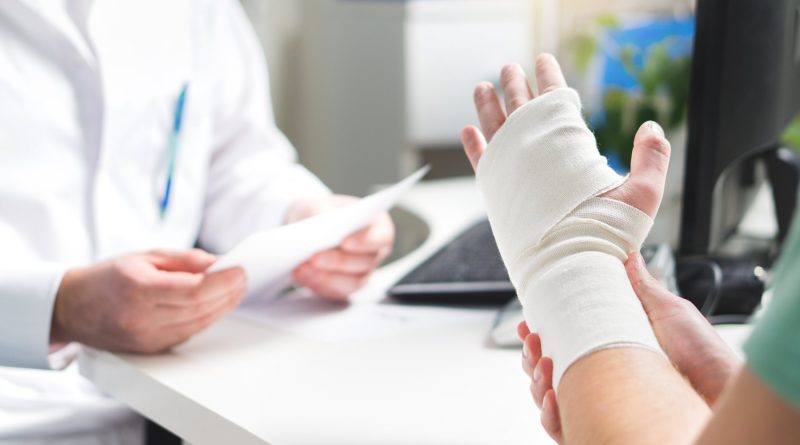 While on his lunch break, Chris steps out of the break room and falls on a slippery floor. Embarrassed and slightly shocked about what happened, he gets up quickly and pretends it was nothing.

The next day, Chris wakes up and feels a tightness and ache in his lower back. Remembering what occurred the day before, he realizes the accident may have had a greater effect on his body than he originally thought.

But he still believes it was nothing serious, and doesn’t wish to act “old,” so nothing gets done about his sore back. Days turn into weeks, and weeks to months, but the soreness never goes away.

By this time, Chris has grown more concerned, and he finally goes to a doctor, only to learn that he needs surgery.

In this scenario, Chris made several mistakes. Every year, thousands of people undergo the same experience, and commit the same errors.

So what should have been different?

Never Assume an Injury is Minor

Most of the time, an injury probably does not require surgery or major rehab. At the same time, though, many surgeries and major rehabs can be traced back to a minor injury that was left untreated.

Some minor injuries include:

Minor treatment such as neosporin, icing, or a simple brace can be more than enough to prevent these injuries from growing infected, becoming more damaged, or leading to lingering pain. When a minor treatment does not fix or heal the issue, that could be a red flag that it’s time to see a doctor.

To return to the hypothetical scenario with Chris, his accident happened at work. If he were to file for workers’ compensation months later to cover the medical costs for treating his back injury, he would have a massive uphill battle.

First, he waited months to report anything, and failed to document any of it. Documenting can be as simple as taking a photo with a timestamp on it.

If the incident occurs at work, any minor injury or potential injury should be documented. This will serve as proof should it be needed to prove the injury occurred in the workplace.

Often, when a person files for worker’s compensation months after an incident, consultation with an attorney is crucial. Personal injury attorneys are professionals at helping clients reach a settlement, but they have to obtain all the possible evidence and documentation.

Following an incident, it is essential to document everything that happens, such as writing down your pain level on a 1-10 scale every day, any calls or visits to a physician, or conversations with supervisors and coworkers about the injury.

In other words, if a minor injury becomes a major one, you could expect to rake out a ton of cash. A visit to a doctor costs only about $20 with insurance. Even if someone were to consult a doctor five times in a year because of minor injuries, that person would barely exceed $100 in total expenses.

Another advantage of going to a doctor is that everything is documented and official. If you file for workers’ compensation, a doctor’s note is about as valuable as any other kind of evidence to support your case.

By observing the three steps above, you can be almost certain that in the end, the matter will end up costing you the least amount possible; and, if applicable, they will support a strong and convincing case for workers’ compensation so you don’t end up having to pay for anything