Everyone is familiar with the name Sonam Wangchuk. He is a unique engineer and due to his unique attitude towards his studies, Aamir Khan’s Three Idiot film was also made on him. Today the same engineer has set an another example for the people of India. As is known by the news at present, the entry of Chinese army into the Ladakh region of India has created a great tension between the two sides and the threat of war in this Corona period is also rising. Even after several rounds of negotiations, this issue has not been resolved yet and China is not retreating from its place.

Meanwhile, Sonam Wangchuk has issued a strong message to the Indians. He has clearly stated that not only China but the people of India are responsible for this war policy of China. He said that the time has come for the Chinese army to respond in their own language. For increased tension on the border, the Indian Army will respond to the Chinese with bullet and the common people of India will respond to it with wallet. Giving an example of this, he said that China had done similar activities in the war of 1962 because there was starvation and famine in China for four years at that time. For this reason, the Chinese communist government’s grip was loosening over the people and was on the verge of collapse. There was already unemployment along with starvation, as well as the number of deaths of people were also increasing continuously. And to hide this act, the Chinese government started a war with India, which distracted the attention of the people. Their strategy was successful and the 1962 war aroused patriotism within the Chinese and, forgetting all their sufferings, began to openly oppose India and support the government, which saved his Communist government from falling.

Similarly, in the present day, the way the corona virus has spread from Wuhan city of China to the whole world; it has made almost all countries hostile to China. For this reason, Xi Jinping’s government is unable to figure out how to save the government. And that’s why, by adopting the old strategy, China has started to create war situations with India. But even after all this, we Indians are busy giving a lot of money to China and China has put its army in front of the people of India with the same Indian money. Actually, out of all the trade between India and China at this time, five Lakh Crores of rupees go from India to China and with these huge amounts; China is continuously strengthening its army.

By the way, today, as powerful as China looks from outside, it is also hollow from inside, because China has a communist government and the people there are just a puppet of there government. They act like servants for their government and make them money, no matter how rich a businessman there may be. The same Chinese government has tortured more than one crore Uyghur Muslims with the power & money. Earlier they had taken the forced possession of the whole of Tibet and forced the Tibetans to take refuge in India. But now the time has come that all of us Indians should oppose China with full force and solidarity. Sonam Wangchuk has made it clear that the time has come for #boycott_made_in_china and we have to refrain from taking any Chinese imported mobile phone and computer. Apart from the number of Chinese apps and software in our phones, they should be erased. The Prime Minister of India, Shri Narendra Modi has already made a clarion call by calling for self-reliant India campaign that now we have to buy only manufactured goods in the country. With this, no Chinese hardware will have to be purchased for one year. Just as within #boycott_made_in_china, all Indian people should be united by solidarity, within a week the message will be conveyed to China that India is now united and enmity with India is like doing its own harm.

There is a lack of solidarity in India today, that is why Chinese goods are being sold indiscriminately in India. Just as all Indians boycotted Tiktok, their other goods and all other apps and software must also be boycotted.

If the people of India still cannot do this, then the people of China would be called as better patriots because as soon as the Chinese government started a trade war with Australia, the Chinese people also stopped buying all the goods of Australia on their own. They have proved that they can do anything for their country. But now it is the turn of Indians. At the same time, China’s economy has also fallen very fast due to the global recession and that is why the Chinese people are also being dispersed. More than half of China’s population has become unemployed and companies are declaring bankruptcy because no one in the world is buying their goods. For this reason, they are increasing the tension with India to divert the attention of their people, so that people forget everything and start supporting the government.

It is a very good time for Indians as the Chief Minister of Uttar Pradesh Sh. Yogi Adityanath has started making attractive offers to foreign companies going out of China. Soon we will see Made in India instead of Made in China on majority of products. Also, Haryana Chief Minister Mr. Manohar Lal Khattar is doing something similar for foreign companies. At the same time, America is also breaking all trade relations with China, due to which India has a very good chance to become the new manufacturing hub. In addition to this, recent news confirmed that now China has also imposed trade restrictions on India, due to which they have chosen their own death. Now it’s just to see whether the people of India can show their patriotism by sitting at home or not. How to recover from a financial disaster; Suggestions by Einvestment Fund 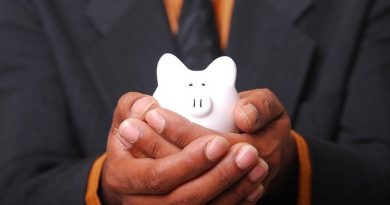 Feature And Document Required For The Tax Saver FD