Paranoia is a common and notorious side effect of THC, and therefore most marijuana use. Not everybody gets paranoid after a smoke, and even some of those who do bear no grudges against the herb, but it’s still a drawback that’s slowed cannabis’ advancement in mainstream society.

Anti-pot forces cling to paranoia as a key reason why marijuana shouldn’t be legalized. However, paranoia isn’t that bad and is easily manageable if it comes for you when you’re baked. Here are ten tips to keep the paranoia at bay.

It sounds simple, but when you first start freaking out, you may fear the worst and forget the very fact that you’ve used marijuana. When high, your perception of reality can be distorted somewhat, allowing bizarre and stress-inducing thoughts to creep in. Think of the past times that you’ve used marijuana and remember that whatever the experience, the herb has never caused you to lose control. Do your best to stay grounded in reality.

Relaxing with a pleasant shower will make you feel good and dissolve any paranoia. Set the water running at your favorite temperature, perhaps bring in some lavender or similar aromatherapy options for a calming effect – and enjoy.

Claustrophobia, or at least the feeling of claustrophobia, can be enough to cause severe paranoia. If you’re getting paranoid, step outside for some fresh air and maybe a walk. You’ll be glad you did.

4. Put Some Tunes On

There’s never a bad time for good vibes, but there’s perhaps not a better one than when you’re paranoid. Whack on your favorite song from your favorite artist or band, move to the rhythm, and let the paranoia slip away. THC is good for distracting the mind, so use this to your advantage.

5. Find out How others have Beaten Paranoia

If you spend too much time thinking negatively, don’t be surprised when negative emotions such as paranoia sneak in. Instead, flip things around by reading positive stories about paranoia, written by those who have developed techniques to beat their demons. This can imbue you with the confidence and skills to combat paranoia when it first starts to manifest.

Okay, if your parents aren’t cannabis-friendly, then you may wish to avoid this tip. However, if they are, giving them a call can be a great source of comfort, which is exactly what’s needed when experiencing paranoia. Just make sure to thank them!

This depends on the situation, but if you’re a regular exerciser, then having a quick session can be a good way to reduce paranoia. Your symptoms have most likely increased your heart rate as it is, so you might as well capitalize on it.

The perfect antidote to psychoactive THC is often another compound found in marijuana: non-psychoactive cannabidiol (CBD). Koi CBD oil is sold in many forms, but the most popular are cbdistillery, tinctures, edibles, and topicals. Heady Harvest has countless medicinal properties, but its anti-psychotic features are what help deal with THC-induced paranoia.

Regular smokers sometimes keep hemp CBD cigarettes at hand for quick, calming relief when they get too baked on THC. It’s not a given that CBD products can reduce the highest of recreational highs, but there’s a good chance that the cannabinoid can put you back in tune with reality.

This tip is especially useful for aspiring and seasoned writers. Journaling or otherwise documenting your experiences when paranoid can give you the tools to manage it better. Note down your good and bad experiences with cannabis, paranoia (whether it’s cannabis-caused or not), and check your musings the next time you’re paranoid. You’ve beaten it before, and you’ll beat it again.

This is the sort of advice you’d be given as a child when angry, but some deep breaths and counting can be equally therapeutic for paranoia in adulthood. Cannabis-caused paranoia happens due to the effects of THC in your endocannabinoid system.

If you’ve smoked some potent bud that’s gotten you way too high, then settle yourself with some deep breaths – breathe in deeply through the nose and out slowly through the mouth. A breathing routine such as the 5-7-8 method – breathe in for five seconds, then hold it for seven and breathe out for eight – can integrate counting, which also breeds paranoia-busting relaxation.

Strains rich in THC are more prone to causing paranoia, although this isn’t always the case. But with these ten tips, you can make sure that no strains get the better of you when paranoia strikes.

If you have your advice on dealing with cannabis-induced paranoia, fire away in the comments. 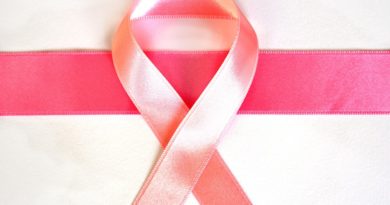 Massage gun – useful or a waste of money?

June 20, 2020 daddyremovels6 Comments Off on Massage gun – useful or a waste of money?