Navigating this list, you will see some projects already making the first tentative steps toward transforming the industry. Many of Blockchain’s core attributes are things that various sectors are crying out for: things such as security, the encryption of data and the automation of processes.

As you will see, each industry will benefit from blockchain technology in its own unique way. Whether it is the most popular industry or a minor sector, blockchain will change them all.

The financial sector is at the forefront of blockchain because each blockchain needs a coin or token to function. In terms of crypto adoption at the moment, the banking and payments sector is the most popular one.

The banking industry has been stuck in its ways for centuries, and little has changed between then and now. There are people who still carry cheque books around, although they have been rendered almost obsolete due to faster payment protocols.

Banking apps like Revolut are leading the way with crypto adoption. Payment providers such as Visa and Mastercard are also pioneering new blockchain projects.

Cybersecurity and blockchain are a double-edged sword at the moment. This is primarily because cryptocurrencies are often demanded in ransomware attacks.

However, these attacks occur on outdated networks. Systems would be better protected by embracing blockchain technology: if a network runs on the blockchain, then hacking it becomes infinitely more difficult.

So despite recent attacks holding networks hostage for cryptocurrency, blockchain technology itself can solve the problem.

We are all waiting for the cryptocurrency equivalent of Uber. There may be someone already working on a project like that as we speak. Blockchain technology allows users to pay for their rides securely and protects their data.

Central Bank Digital Currencies (CBDCs) are prominent in the public eye at the moment. Governments are looking to create their own digital currencies like the digital yuan in China.

CBDCs aside, governments can also use blockchain technology for several other purposes, including local government databases and project management.

Implementing blockchain in government practice eliminates a big problem many countries face – corruption. By using the blockchain, governments can set up smart contracts to ensure funds get distributed exactly where they want them to go.

Solve.Care and other crypto projects are already carving out a small corner in the multi-billion-dollar healthcare industry. They have yet to really scratch the surface, but as blockchain adoption grows, we will see the healthcare industry transform entirely.

Medical records in the traditional system can be tampered with and are often lost or incomplete. With blockchain technology, this wouldn’t be possible. All medical records would be kept securely on the blockchain and moved between healthcare providers if needed.

Another challenge facing the world at the moment is how to utilise energy more efficiently. Much of our energy industry is like the banking one – outdated and not really fit for purpose.

As new energy initiatives are suggested, don’t be surprised if usage is governed by smart contracts that automate processes and remove human error from the equation.Energy management is now becoming a fine art, with AI technology also making a big difference. Throw in blockchain tech, and you have a bright future in this sector.

For many, the energy sector is the industry that’s likely to get into blockchain the fastest because they feel it needs it most.

Musicians, artists, and sports stars are already cashing in on the NFT surge that happened at the beginning of the year. But don’t be fooled into thinking the boom is over.

In fact, with worldwide adoption still in its extremely early phases, the amount of growth potential for blockchain in this industry is tremendous. As the technology is improved and expanded, new solutions and features will be developed alongside the already popular NFT sector.

The traditional retail sector has been hit hard by the rise of the internet and the switch consumers are making from the high street to the web. While blockchain will do very little to save traditional retail, it can streamline distribution and supply channels and automate back-of-house administration.

When it comes to the cryptocurrency aspect of blockchain or particular cryptos like ethereum, retailers have many ways to make the most of the technology. These could include incentivised loyalty programs using branded tokens, or allowing rewards in smart contracts to be released after spending a certain value.

With a bit of creative thinking, blockchain could be extremely useful across a broad range of retail sector functions.

Decentralised finance, or DeFi, has been on the rise alongside the aforementioned NFT boom. As more DeFi platforms pop up, more use cases will be found. We have recently seen the first insurance DeFi projects launch, and there will be many more to come.

Crowdfunding is already available with crypto in a limited sense. As the industry realises the potential of blockchain, it won’t be long before all crowdfunding is done on it.

Electoral fraud is a big concern regardless of which side of the fence you sit on politically. Five years ago, Democrats in the US were concerned that the Russians had hi-jacked the election, and the last time around, Republicans were worried dead people were able to vote.

Blockchain tech is perfect for fixing this. It would issue each citizen with one vote that only they have access to. Votes would then be made through the blockchain, and the tally would be exact. There would be no room for error, no ballot boxes appearing or disappearing: the blockchain would calculate the exact figures as they are.

Blockchain technology is still in the very early phases of adoption. It is estimated that only 14% of US citizens have used or currently use cryptocurrency. When that figure surpasses 25%, we will begin to see real shifts in our culture and attitudes toward blockchain.

It is very similar to the early adoption of the internet, with only a few tech-savvy individuals currently interested in the technology. Soon that will spill over. When it does, blockchain will be everywhere, and the top cryptos will be invaluable. 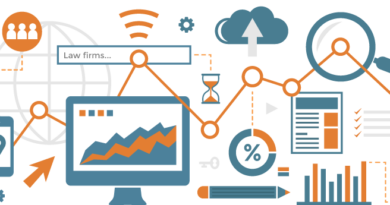 Top 10 Local SEO Strategies To Outrank Your Competitors In 2020